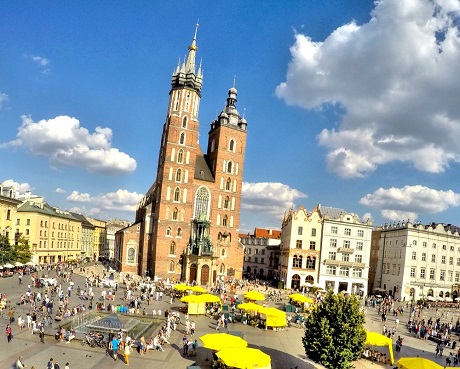 
Krakow is a city located in southern Poland on the Vistula river, as the second largest city in Poland both with regard to the population and surface area. It is a former capital of Poland, Royal Capital City and necropolis of Polish kings...

The Old City s Main Market Square is the largest remaining Medieval plaza in Europe, measuring an astonishing 40,000 square kilometers. It boasts 154 shrines, including the oldest remaining shrine in the city of St. Adalbert, built in the tenth century, and seven synagogues, testaments to the city s storied Jewish community.

The capital city of Poland was at the peak of its development in The Polish Golden Age (16th century). In those times, Krakow was, as it is now, the city of science and culture. It attracted the greatest artists, whose works can still be seen today: The altarpiece by Veit Stoss or the cloister at the Wawel Castle, designed by Bartolommeo Berrecci. The history of Krakow is inextricably linked to the history of the Polish nation

Kazimierz is Krakow s jewish Quarter and one of the historic hubs of Jewish life in Eastern Europe. The historical and cultural legacy of Kazimierz as a center of Polish and Jewish life has remained, so much so that Steven Spielberg shot most of Schindler s List in the city despite most of the events on which it is based taking place elsewhere. Further helping Kazimierz reclaim and preserve its Jewish identity is its Jewish Cultural Festival, begun in 1988, a nine day celebration of Jewish cuisine, music, culture, art, and life from around the Diaspora. 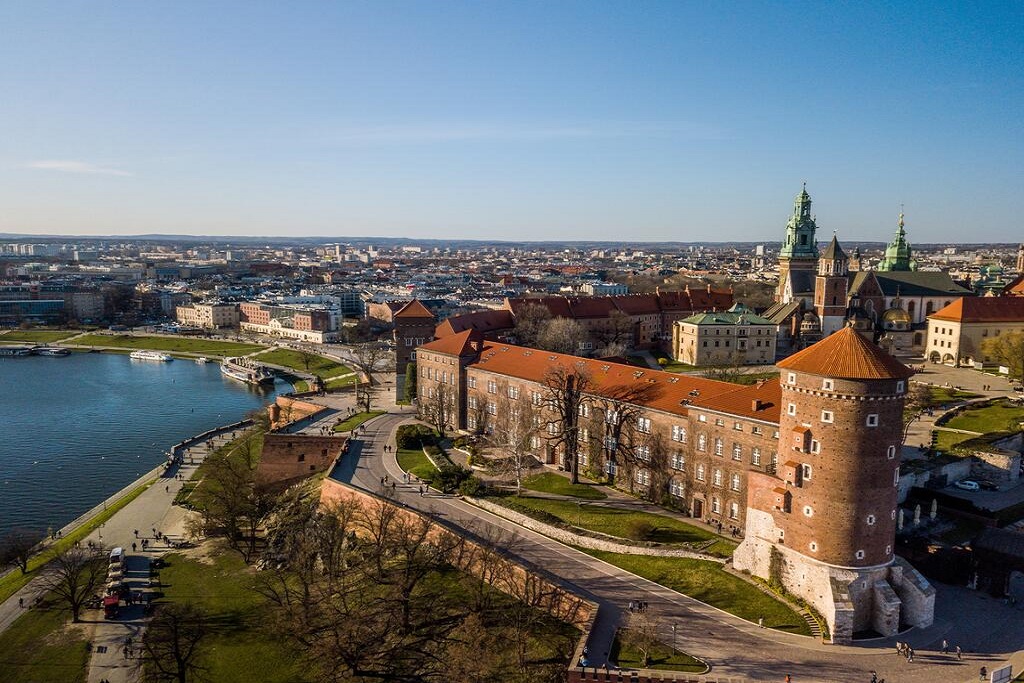 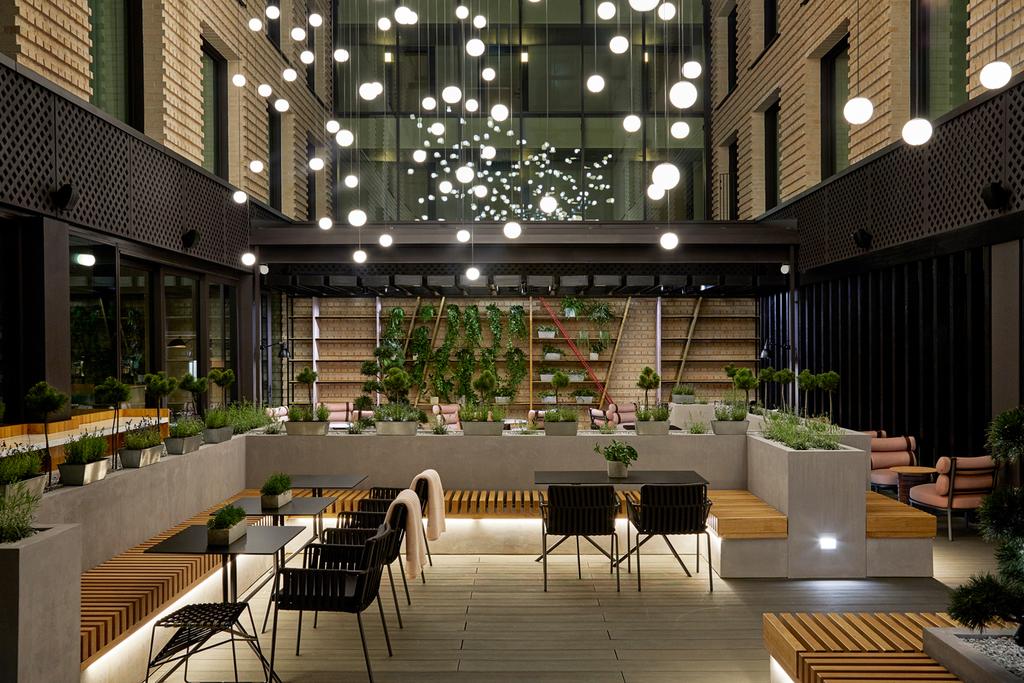 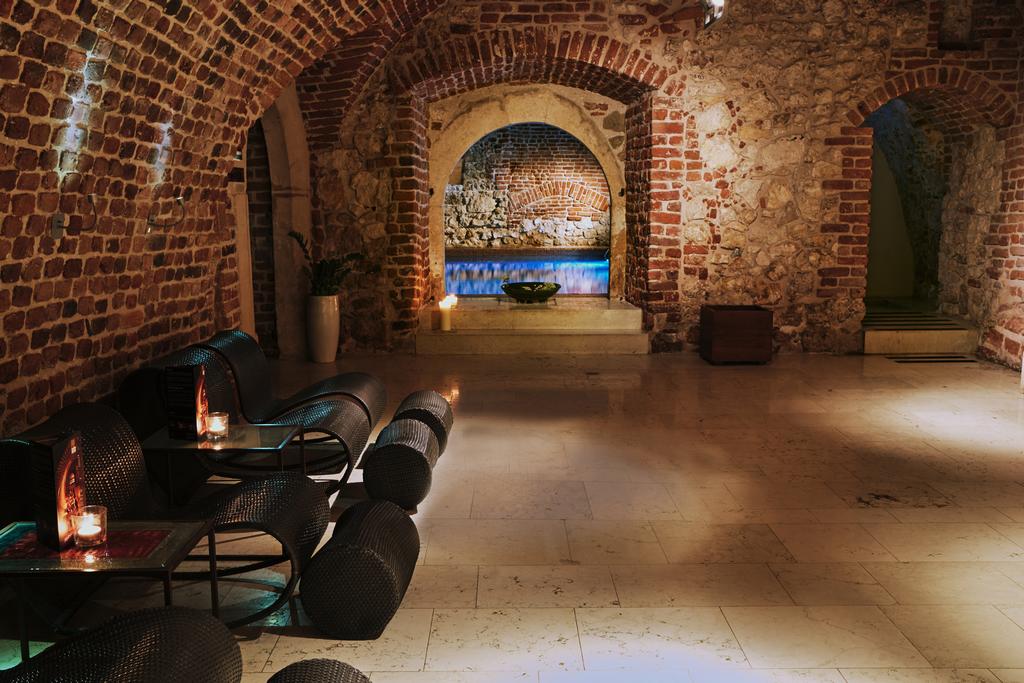 Airport: Krakow s John Paul II International Airport lies approximately 15km outside the city centre, a mere 20-minute train ride. However, some airlines still serve Katowice Airport (KTW), roughly 100km away. The airport is modern, easy to navigate, and the landside is comfortable. The airport is compact and the Arrivals and Departures are both within the same terminal building. The layout is logical and remarkably free of clutter. The airport seems designed for a quick getaway. If you time it right, you could be in Krakow itself within 30 minutes of clearing customs.

Train: Taking the train is a convenient way to get from the airport into the city. The trains run approximately every 30 minutes to Krakow s main railway station and also offer free wi-fi. Tickets cost PLN 9 and you will need to purchase your tickets in advance at a ticket machine. The train station is located near the passenger terminal, at the rear of the multi-storey car park. Metered taxis are also available and cost approximately PLN 120 to the city centre. iCar is the cheapest taxi company and it is usually cheaper to order a cab by phone.

Public transit: The city is served by buses and trams (tickets are the same for both) and public transit is available 24 hours a day. Cost depends on the type of ticket you require with the cheapest fare being good for 20 minutes at a cost of PLN 2.80 (enough to go five to eight stops). The price goes up for length of travel and you can also purchase tickets for 24, 48, and 72 hours, depending on how much you will be using public transit. It is worth up a Krakow Tourist Card, which gets you free entry to over 40 Krakow museums and free travel on trams and buses, day and night (including to Wieliczka Salt Mine). Two and three-day cards are available for PLN 100 and PLN 120, respectively.
Taxi: Metered taxis are available in the city. A typical journey costs approximately PLN 30-40. Remember, it is cheaper to order a taxi over the phone in advance and iCar Taxis are one of the cheapest companies currently available. Bike: Renting a bike is also an option for getting around Krakow if you prefer sightseeing on two wheels..

The buzzing, bar-packed, cafe-spotted heart of the UNESCO-attested Krakow Old Town, the Market Square, is where all the action has played out since the Middle Ages. The best place to visit for people watching, history, beautiful architecture and more.

The medley of Gothic, Renaissance, Rococo and Romanesque architecture that is the great Wawel Castle can be seen towering over the whole city. It was once the home of the Polish kings and queens, and still has great museums and court rooms as a testimony to its former glory. There are also top views from the bulwarks!

Cutting through the very heart of the northern half of the Old Town district, the bustling drag that is Florianska Street hosts everything from craft beer bars to souvenir emporiums to vodka tasting joints. It is one of the beating nerves of Krakow, and fills to bursting with visitors during the high season..

The redbrick facade and great twin spires of St Mary s Basilica have become veritable symbols of the city of Krakow. Looming high over the Market Square, they were first raised in the 14th century, have weathered Mongol invasions, and still host the hourly trumpet call the Hejnal Mariacki.

After hearing all the enthralling, swashbuckling tales of beasts and princes that surround the founding of Poland s southern city, be sure to head to the base of the Wawel Hill, where a deep cave is said to have once been the lair of the formidable Smok Wawelski dragon himself! And just to prove it, a statue outside even breathes fire!

As the winding courses of the Vistula River snake through the heart of Krakow, its banks host wide spaces of greenery, ad hoc summertime markets, beer bars and bobbing boat cafes aplenty. Perfect for a stroll, people watching, jogging and cycling, these are known as the Vistula Boulevards. 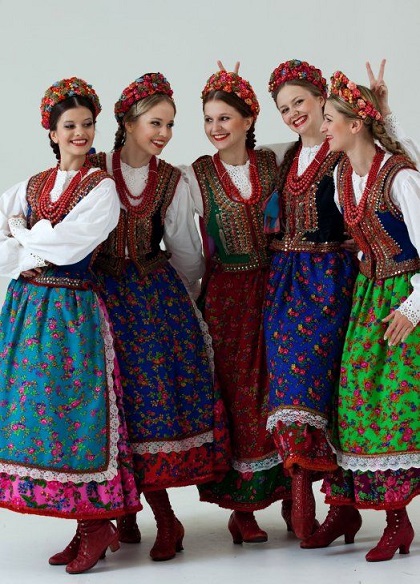 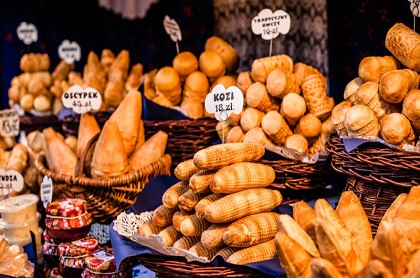 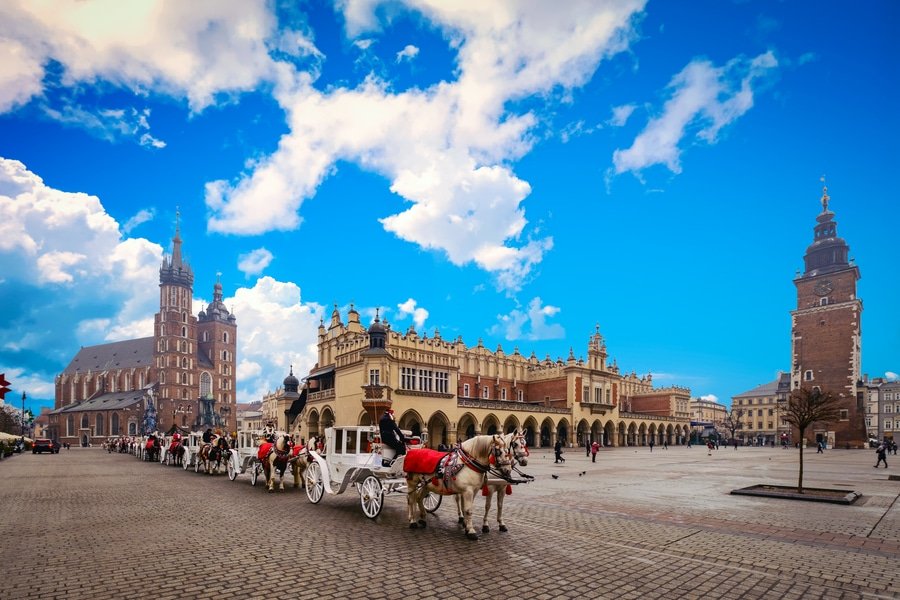 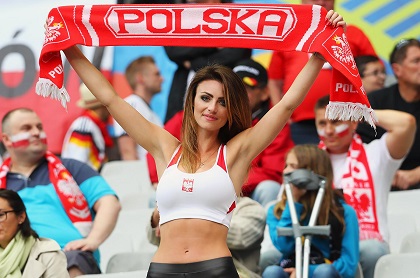 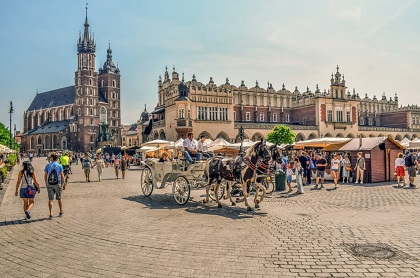 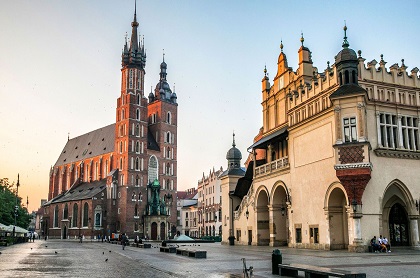